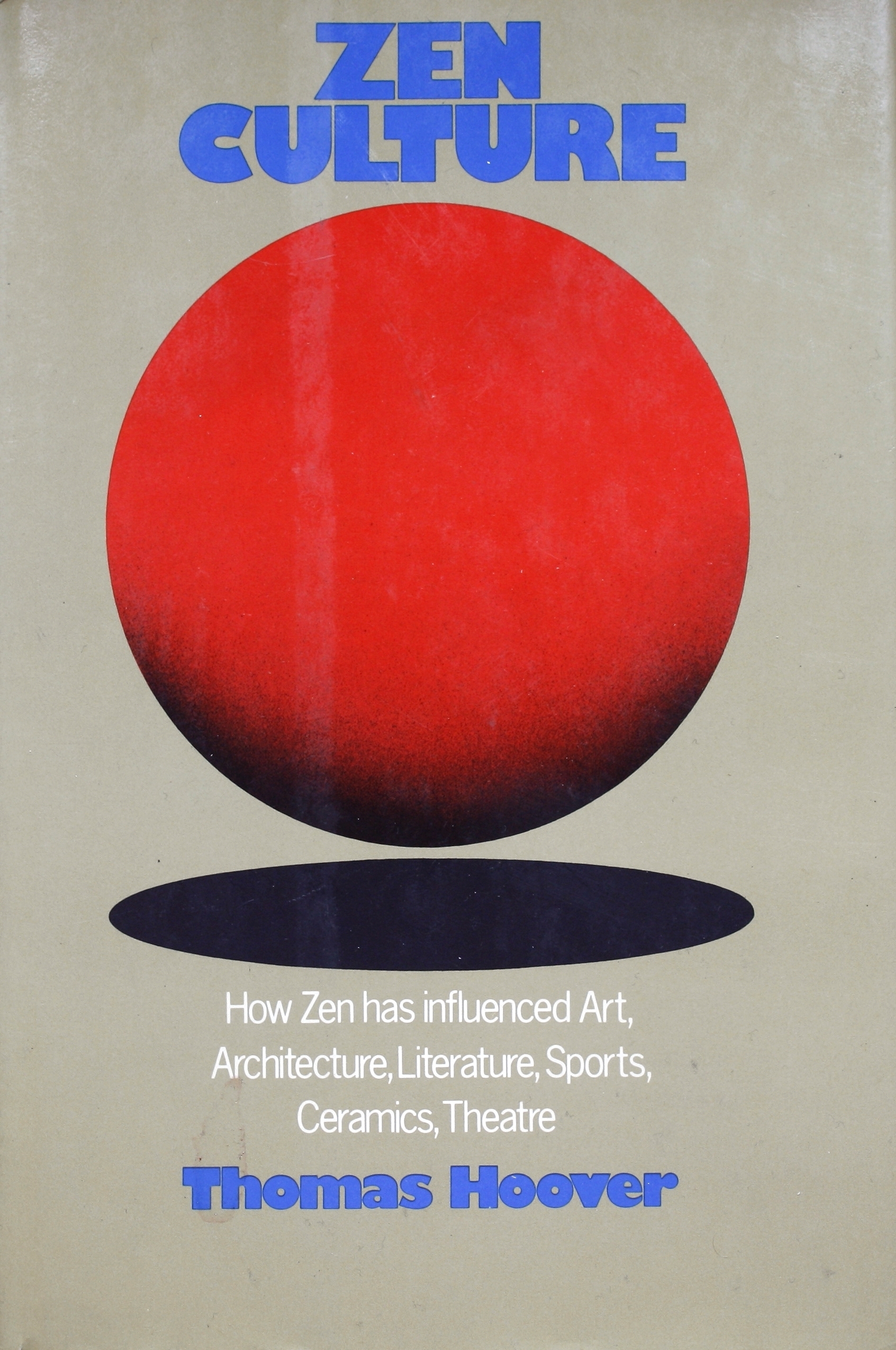 Anyone who examines the Zen arts is immediately struck by how modern they seem. The ceramics of 16th-century Zen artists could be interchanged with the rugged pots of our own contemporary crafts movement; ancient calligraphies suggest the monochromes of Franz Kline or Willem de Koonig; the apparent nonsense and illogic of Zen parables (and No theater and Haiku poetry) established the limitations of language long before the theater of the absurd; 400-year-old Zen architecture seems to be a copy of modern design ideas such as modular sizing, exposed woods, raw materials, bare walls, uncluttered space and a California marriage of house and garden.

Zen values experiencing things over analyzing them. Perhaps if we can take the power of direct perception, sharpened by the devices of Zen art, back to everyday activities, we will find a beauty in common objects that we previously ignored.

The notoriously grumpy Kirkus Reviews said, "Thomas Hoover has a considerable gift for expressing his appreciation and understanding of various arts associated with Zen. . . . These are deftly treated, with a concise synopsis of the historical development of each; and together Hoover's discussions provide an excellent introduction to the aesthetics of Japanese culture."

Library Journal said, "Hoover covers the ground in an easy and informative way, describing the origins of Zen itself and the Zen roots of swordsmanship, architecture, food, poetry, drama, ceramics, and many other areas of Japanese life. The book is packed with facts, the bibliography is excellent, the illustrations few but most appropriate, and the style clear and smooth. A most useful book for all collections."

As for the influence of the Zen aesthetic, the Houston Chronicle said, "Hoover suggests we need only look around. Modern furniture is clean, simple lines in unstained, unadorned woods. And that old fad became a habit, houseplants. These are all expressions of ideas born with Zen: understatement, asymmetry, intuitive perception, nature worship, disciplined reserve."

"Highly recommended," said The Center for Teachers of Asian Studies.

"Western intellectuals have tried to represent the height of Buddhist mysticism within the pages of mere books, reducing an ineffable experience into a written report. Predictably such attempts have failed miserably. ZEN CULTURE by Thomas Hoover comes the closest to succeeding." said Hark Publishing..

"ZEN CULTURE, concerned as it is with the process of perception as much as with actual works of art, can open our sense so that we experience anew the arts of both East and West, ancient and modern." declared the Asian Mail.

And to go multi-media, NYC-FM in New York said, "Hoover takes us on a grand tour of Zen archery and swordsmanship, flower arranging, drama, food, gardening, painting, poetry, architecture. His book is essentially one by a connoisseur."

This page describes your work in more detail.