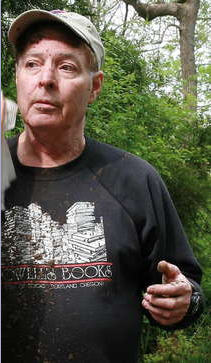 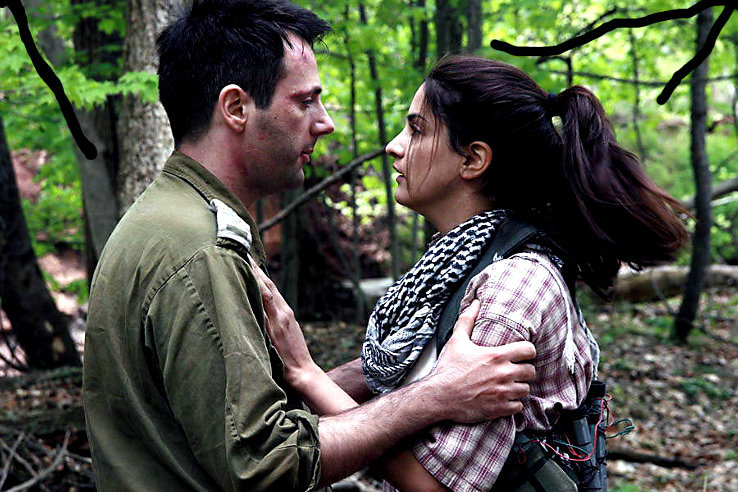 How His Bride Came To Abraham, Trailer produced by Thomas Hoover, photo by Vesta Goodarz

HOW TO GET IN THE WRITING BUSINESS

I've published ten books in addition to having an alternative career for half of my life. What would lead anybody to spend that much of their days on earth doing that is a complex question. Everybody has their own answer. I think mine is that we all want to share our discoveries – things new to us – with those around us. When I went to Japan in my mid twenties, with my newly minted Ph.D. in Chemistry, I was stunned by the mesmerizing effect of Zen stone gardens. When I asked the Japanese scholars I met to explain what was going on, I was told that a Westerner couldn't possibly understand their subtlety. It hurt my feelings.

Out of that came a desire to understand and explain things I found moving. When I returned, I came across Aldous Huxley's JESTING PILATE ("What is truth? said jesting Pilate, and would not stay for an answer.") which was a travelogue of an enquiring Westerner's visit to India in 1925. Why not write a similar book about Japan? I mused, and set out to do it. I had a day job (a 'Senior Vice President') but I worked nights and weekends for ten years, writing, revising, doggedly submitting to publishers and agents without success. Then some reader at a publishing house noticed, "This is not really about Japan, it's actually about Zen in Japan." A light bulb moment. I put ZEN in the title and sold it "over the transom" (without an agent, the probability equivalent of being incinerated by lightning) as a Random House hardback, ZEN CULTURE. As the saying goes, after ten years of thankless work I had an "overnight success."

Thus, after I had laboriously and painfully sold a book without an agent, I easily got one. I next used my (by then) vast library of Zen translations to do a history of Zen (THE ZEN EXPERIENCE), described by Library Journal as the best that had ever been done – perhaps because nobody with detached aspirations had ever actually tackled it before.

I then asked my agent how to make a living at this writing gig and she said you have to do fiction. I had accidentally spent three weeks in India, after a charter to Japan fell through, and Shogun was hitting the charts. Hey, I thought, why not do a "Shogun" goes to India?

I had an outline and sample chapters done when the Shogun miniseries hit the airwaves. It was a phenomenon and the book sold immediately to Doubleday for what I had been making a year as an executive at an Architect-Engineering firm in NY. When published (THE MOGHUL), it sold all over the world and was optioned twice for a TV miniseries and I thought I was Einstein. (Turns out it was close to the most I would ever make on a book, again the "instant" success.)

Having already buried myself in the Seventeenth Century, I decided to cash in and do a Shogun for the Western Hemisphere (notice how I often tried to get double duty out of research). But the intended glorious history of the first English settlers in the West ended up being about how the nation of Shakespeare re-invented degrading agricultural human slavery, nearly two millennia after considerably more benign slavery in Rome fell out of practice. It was a sordid legacy that may never be risen above. Ironically, the book (CARIBBEE) made the charts in England.

But my agent was getting nervous. "Tom, you're starting to talk like people in the Seventeenth Century. We've got to get you out of this." So I did a contemporary stock market thriller in first person slang (THE SAMURAI STRATEGY). I invented a crash that replicated (before the fact) the 1987 debacle by a couple of percent. The book was already in galleys in England when that happened and the British publisher made me pull it back and re-write the numbers so it was still fiction. It also presaged the financial shenanigans of all the crashes that followed.

I then decided to do something technically contemporary. The result was two books with extremely powerful airplanes on the cover. I think they were decent of that genre. One of them involved atomic bombs and Muslim terrorists (PROJECT CYCLOPS) and in the other, about a hypersonic passenger plane (PROJECT DAEDALUS), I explored what it's like to fly in near outer space.

Which brought on the thought of inner space. What are the most challenging medical issues today? For reasons lost to the history of my mind, I decided to do medical thrillers. The first (LIFE BLOOD) started out as The Heart of Darkness goes to Guatemala. In the middle I discovered that nobody cares about the US supported atrocities in Guatemala under Reagan. Then I did another book about the miracles possible from stem cells (SYNDROME), and we all know what George Bush and his fans thought of that. But still, it seems to be the runaway "bestseller" of my free books.

The current work (THE TOUCHDOWN GENE) about the mingling of animal and human DNA in a football team was recently released.

My latest venture is as producer of a short movie, a trailer for a hoped-for feature entitled HOW HIS BRIDE CAME TO ABRAHAM, written by Karen Sunde, filmed and directed by Yahel Herzog. It is a war-zone love story between a wounded Israeli soldier and a young Palestinian woman orphaned by a massacre in a refugee camp. The trailer was a finalist in the A&E Network Short Film Festival. Filming it in a New Jersey park involved running 25 people for three days in mud and total chaos (see pix). Don't ask. Fortunately I had managed similar sized jobs in my former professional life. See trailer hotlink below and at left.