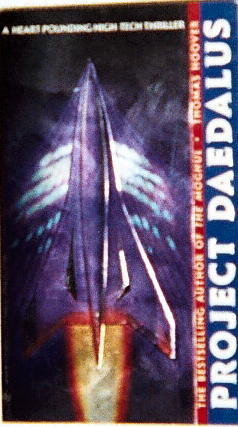 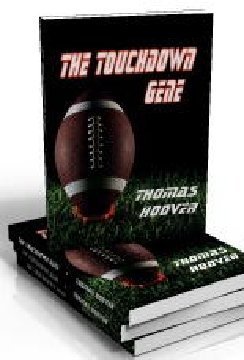 Nolan Pharmaceutical was a company in trouble. So were the New York Wolverines, an NFL franchise that had fallen on hard times. Together perhaps they could solve both their problems; but it was to be a marriage made in hell.

Sequestered on the Caribbean island of Bonaire, the Wolverines held their normal pre-season training camp, with one exception. Nolan Pharma was experimenting with DNA manipulation to enhance the players' peformance in a way that could not be detected by any drug test. Everything was going well until the lead scientist does the unthinkable. He starts splicing in genes from predatory animals. Trouble is, it works all too well. The players become a pack.

Dr. Charlize Russell is called in to find out what's going wrong on Bonaire. After an accidental meeting with an old love, Alex Archer, the two of them find a seemingly endless line of people trying to kill them, which only gets worse after they discover what the scientists are really doing.

The book sweeps the reader from a tranquil Caribbean island to a pre-season NFL football game never to be forgotten.

A high-finance, high-tech thriller that correctly predicted the 1987 stock market crash. It was the first fictional treatment of a major international concern of the Eighties.

Set in locales as diverse as Wall Street and the offices of Japan's powerful Trade Ministry, THE SAMURAI STRATEGY describes a scenario of murder, world-wide currency manipulation, a revival of Japan's smoldering nationalism, and is set against a background of a new high-tech computer milieu. Matthew Walton, a freelance corporate 'takeover' lawyer is hired by a mysterious Japanese industrialist to purchase a New York office building and begin a massive 'hedging' in the financial markets. Two weeks later, off an island in the Inland Sea, divers working for the industrialist's organization, recover the original Imperial Sword, given to Japan's first Emperor by the Sun Goddess, Japan's 'Excalibur',and lost in a sea battle in 1185. He forms an '800-Year Fund' and billions of yen flow to his fingertips. He then dumps all the Treasuries Japan had acquired and devastates the American economy.

As the story rushes to its stunning conclusion, Matt Walton goes to Japan and determines that the 'Imperial sword' is a fake, is in fact an unusual antique he once owned himself.

Retired agent Michael Vance is approached for help on the same day by an old KGB adversary and a brilliant and beautiful NSA code breaker. While their problems seem at first glance to be different, Vance soon learns he's got a potentially lethal tiger by the tail – a Japanese tiger. A secret agreement between a breakaway wing of the Russian military and the Yakuza, the Japanese crime lords, bears the potential to shift the balance or world power. The catalyst is a superplane that skims the edge of space – the ultimate in death-dealing potential. In a desperate union with an international force of intelligence mavericks, with megabillions and global supremacy at stake, Vance has only a few days to bring down a conspiracy that threatens to ignite nuclear Armageddon.

Publisher's Weekly "Hoover's adept handling of convincing detail enhances this entertaining thriller as his characters deal and double-deal their way through settings ranging from the Acropolis to the inside of a spacecraft. Michael Vance, formerly of the CIA, is on his way to an archeological dig when some old friends show up. First comes KGB agent Alex Novosty, caught laundering money that the KGB claims was embezzled – and he wants Michael to take charge of the hot funds. Then National Security Agency cryptographer Eva Borodin (who is Michael's ex-lover) appears with an undecipherable but dangerous computer file: the co-worker who gave her the file has since vanished. Heavies from a Japanese crime syndicate attack Michael and Eva, who are rescued by Alex, but it looks like Alex and the syndicate aren't complete strangers. Moreover, the mysterious Daedalus Corporation seems to be a link between Alex's money and Eva's file. As Michael is drawn into this deadly web, he realizes there is a secret agreement between the Russians and the Japanese – and it has nothing to do with tea-brewing customs."

In the sun-dappled waters of the Aegean, ex-agent Michael Vance pilots the Odyssey II, a handmade replica of the sailcraft of the ancient hero Ulysses. Out of nowhere, a Russian Hind gunship with Arab terrorists at the helm fires upon the tiny ship below. The terrorists' destination is a tiny Aegean island where a U.S. aerospace corporation carefully guards the Cyclops 20-megawatt laser launch facility. But the company security force is no match for the firepower of the Arab invasion and the launch site is quickly overrun. With helpless horror, the executives can only watch as renegade technicians convert the launch vehicle into a ballistic missile that can deliver their stolen thermonuclear warhead to any city in the U.S.

Left for dead amid the smoking ruins of Odyssey II, Michael Vance washes up on the occupied island – and becomes America's only hope.

It lies hidden deep in the mist-shrouded rain forest of Central America.

A place where a brilliant doctor fulfills dreams for some – and creates chilling nightmares for others.

Now, filmmaker Morgan James is about to journey straight into the heart of a dark conspiracy.

Where a bizarre human experiment comes at a terrible price, and where she may be the next to pay with her . . . Life Blood

They were promised a miracle cure for the deadly diseases destroying their lives.

It seemed too good to be true, but to the desperate and dying it was the only chance for survival.

Now they're part of a bizarre secret experiment that reverses the aging process – an experiment gone out of control.

To stop the madness, one woman must enter a shocking nightmare world, where scientists control your body – and your mind – and living makes you beg for death . . .

In her mid-thirties, Alexa Hampton runs her own interior design firm in New York's Soho and has a daily run to keep fit. But now her world is narrowing as a childhood heart mishap increasingly threatens to lethally impact her life. Then out of nowhere her black-sheep younger brother appears and insists she go to a clinic in New Jersey to enter stem-cell clinical trials that are working wonders. The clinic is owned by her brother's boss, the eccentric millionaire Winston Bartlett.

Also interested in the clinic is the medical reporter Stone Aimes, who's hoping to penetrate Bartlett's veil of secrecy and find out what's going on there. He has personal as well as professional reasons for wanting to get closer to Winston Bartlett. He is also a long-ago lover of Alexa's and still carrying something of a torch for her though they have long been out of touch.

As Alexa investigates the clinic, their paths cross and together they slowly uncover the horrifying truth about what can happen when stem-cell technology is taken to its ultimate limit. A bizarre secret experiment to reverse the aging process has gone out of control. Winston Bartlett's young mistress, the TV personality Kristen Starr, had an anti-aging procedure that went awry and now all her cells are being replaced with new. The side effects are horrific. No one can stop what is happening: she is growing younger, destined to become a child again. Bartlett has had the same procedure and now he knows he's next. It's only a matter of time till he too regresses to childhood, and then . . . no one knows.

Alexa and Stone become prisoners in the clinic and then Bartlett and his Dutch medical researcher Karl van der Vliet begin a bizarre experiment on Alexa, hoping to produce antibodies to save Kristen, and Bartlett. In a stunning, blazing finale, Alexa turns the tables on them all, only to discover that she's now, suddenly unlike anyone else who has ever lived.