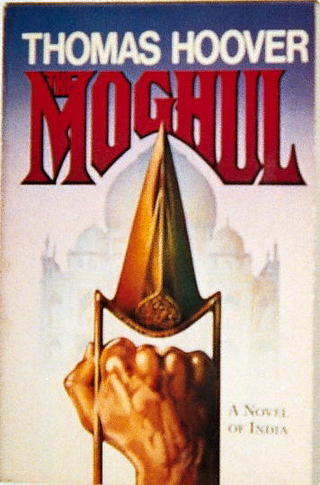 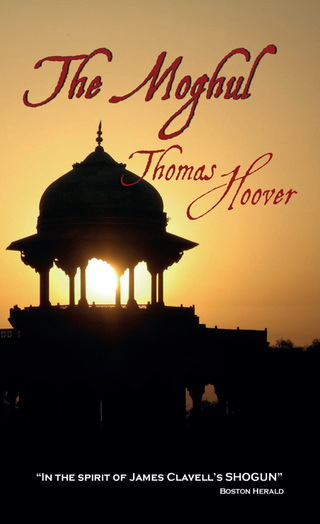 Fireship Press Edition
THE MOGHUL on Amazon
Reissue as Trade Paperback. Priced by Publisher. I am not involved.
THE MOGHUL on Barnes&Noble
Or for pirate edition go to : http://www.amazon.com/The-Moghul-Thomas-Hoover/dp/1279906472/ref=sr_1_11?ie=UTF8&qid=133 9760548&sr=8-11&keywords=Thomas+Hoover 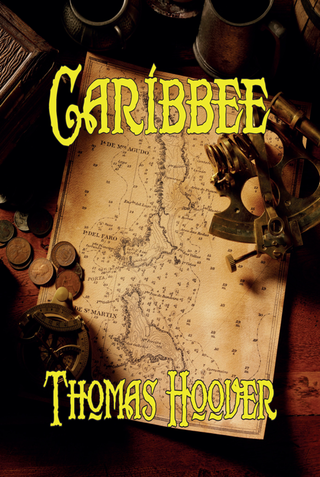 Anyone who examines the Zen arts is immediately struck by how modern they seem. The ceramics of 16th-century Zen artists could be interchanged with the rugged pots of our own contemporary crafts movement; ancient calligraphies suggest the monochromes of Franz Kline or Willem de Koonig; the apparent nonsense and illogic of Zen parables (and No theater and Haiku poetry) established the limitations of language long before the theater of the absurd; 400-year-old Zen architecture seems to be a copy of modern design ideas such as modular sizing, exposed woods, raw materials, bare walls, uncluttered space and a California marriage of house and garden.

Zen values experiencing things over analyzing them. Perhaps if we can take the power of direct perception, sharpened by the devices of Zen art, back to everyday activities, we will find a beauty in common objects that we previously ignored.

The notoriously grumpy Kirkus Reviews said, “Thomas Hoover has a considerable gift for expressing his appreciation and understanding of various arts associated with Zen. . . . These are deftly treated, with a concise synopsis of the historical development of each; and together Hoover’s discussions provide an excellent introduction to the aesthetics of Japanese culture.”

Library Journal said, “Hoover covers the ground in an easy and informative way, describing the origins of Zen itself and the Zen roots of swordsmanship, architecture, food, poetry, drama, ceramics, and many other areas of Japanese life. The book is packed with facts, the bibliography is excellent, the illustrations few but most appropriate, and the style clear and smooth. A most useful book for all collections.”

As for the influence of the Zen aesthetic, the Houston Chronicle said, “Hoover suggests we need only look around. Modern furniture is clean, simple lines in unstained, unadorned woods. And that old fad became a habit, houseplants. These are all expressions of ideas born with Zen: understatement, asymmetry, intuitive perception, nature worship, disciplined reserve.”

“Highly recommended,” said The Center for Teachers of Asian Studies.

“Western intellectuals have tried to represent the height of Buddhist mysticism within the pages of mere books, reducing an ineffable experience into a written report. Predictably such attempts have failed miserably. ZEN CULTURE by Thomas Hoover comes the closest to succeeding.” said Hark Publishing..

“ZEN CULTURE, concerned as it is with the process of perception as much as with actual works of art, can open our sense so that we experience anew the arts of both East and West, ancient and modern.” declared the Asian Mail.

And to go multi-media, NYC-FM in New York said, “Hoover takes us on a grand tour of Zen archery and swordsmanship, flower arranging, drama, food, gardening, painting, poetry, architecture. His book is essentially one by a connoisseur.”

The truth of Zen has always resided in individual experience rather than in theoretical writings. To give the modern reader access to understanding of this truth, THE ZEN EXPERIENCE illumines Zen as it was created and shaped by the personalities, perceptions, and actions of its masters over the centuries.

Beginning with the twin roots of Zen in Indian Buddhism and Chinese Taoism, we follow it through its initial flowering in China under the First Patriarch Bodhidharma; its division into schools of "gradual" and "sudden" enlightenment, under Shen-hsui and Shen-hui; the ushering in of its golden age by Hui-neng; the development of "shock" enlightenment by Ma-tsu; its poetic greatness in the person of Han-shan; the perfection of the use of the koan by Ta-hui; the migration of Zen to Japan and its extraordinary growth there under a succession of towering Japanese spiritual leaders.

Rich in historical background, vivid in revealing anecdote and memorable quotation, this long-needed work succeeds admirably in taking Zen from the library shelves and restoring its living, human form.

Library Journal called it, "The best history of Zen ever written."

Based on real people (ca. 1620) – THE MOGHUL begins in a rip-roaring sea battle north of Bombay in which the vastly out-gunned adventurer, Brian Hawksworth, ship's captain and emissary of King James, blows away a flotilla of Portuguese galleons to gain access to an Indian port. He's come to open trade for “barbaric” England and squeeze out the Portuguese, who try to kill him at every turn. But once on land, he’s captive: the beauty and romance of the exquisite Moghul Empire seduce him from his material goals to a new quest – of supreme sensuality in music, visions, and sacred lovemaking.

India, ruled by the son of great Akbar, is about to pass to one of his sons. Hawksworth must choose sides, but will he choose right? The future of England, and of India, depend on it. Assailed by intrigue and assassination, tormented by a forbidden love, enthralled by a mystic poet, Hawksworth engages war elephants, tiger hunts, the harem of the Red Fort of Agra, the Rajput warriors at Udaipur, becomes intimate champion to Shah Jahan, (builder of the Taj Mahal), and, in his supreme test, plays the sitar with a touch that elicits from the great Shah – “Finally, my English friend – you understand.”

Barbados, 1648. The lush and deadly Caribbean paradise, domain of rebels and freeholders, of brigands, bawds and buccaneers. Where the flames of revolution exploded a full 130 years before engulfing the American mainland. And where a dark, enslaved race secretly practiced the mysterious rites of a distant continent while daring to whisper the forbidden word . . . “Freedom.”

The sweeping tale of Hugh Winston, lusty, swashbuckling captain of The Defiance, and the lovely, tempestuous firebrand Katherine Bedford; the two loves trapped in a bloody pitched battle against the overwhelming forces of British tyranny. A story of love and betrayal, of slavery, war, piracy in the exotic land that gave birth to the fiery American ideal of “Liberty Or Death.” From the splendor of Barbados, to the rain forests to Tortuga, to the battle-scarred Jamaican coast, a magnificent novel of a time, a place, and a people you will never forget.

CARIBBEE is the untold story of the first American revolution, as English colonists pen a Declaration of defiance ("liberty" or "death") against Parliament and fight a full-scale war for freedom against an English fleet -- with cannon, militia, many lives lost -- over a century before 1776.

An assured, literate saga, the novel is brimming with the rough and tumble characters who populated the early American colonies.
The powerful story line, based on actual events, also puts the reader in the midst of the first major English slave auction in the Americas, and the first slave revolt. We see how plantation slavery was introduced into the English colonies, setting a cruel model for North America a few decades later, and we experience what it was like to be a West African ripped from a rich culture and forced to slave in the fields of the New World. We also see the unleashed greed of the early Puritans, who burned unruly slaves alive, a far different truth from that presented in sanitized history books. Finally, we witness how slavery contributed to the failure of the first American revolution, as well as to the destruction of England's hope for a vast New World empire.

We also are present at the birth of the buccaneers, one-time cattle hunters who banded together to revenge a bloody Spanish attack on their home, and soon became the most feared marauders in the New World. The story is mythic in scope, with the main participants being classic American archetypes -- a retelling of the great American quest for freedom and honor. The major characters are based on real individuals, men and women who came West to the New World to seek fortune and personal dignity. 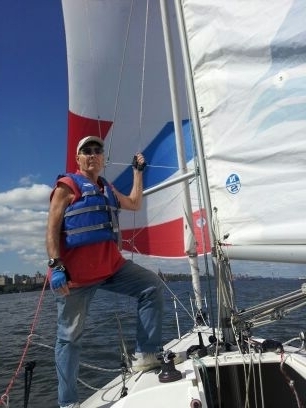 Slow day on the Hudson River

How to put FREE downloaded Kindle text onto your reader.

1) Plug your Kindle into your computer with the USB cable that came with it.

2) After a few seconds a Kindle icon will appear on your desktop. Click on it to open it. Inside you'll see several folders, one of which is called "documents." Open that. This is where all your Kindle books are kept.

3) Finally, drag and drop the downloaded MOBI file into that Kindle documents folder. Wait a few seconds, and it will appear on your Kindle.

Or do it the easy way. Go to

and download a free copy directly from Amazon. Onto your Kindle or onto "Kindle for PC"