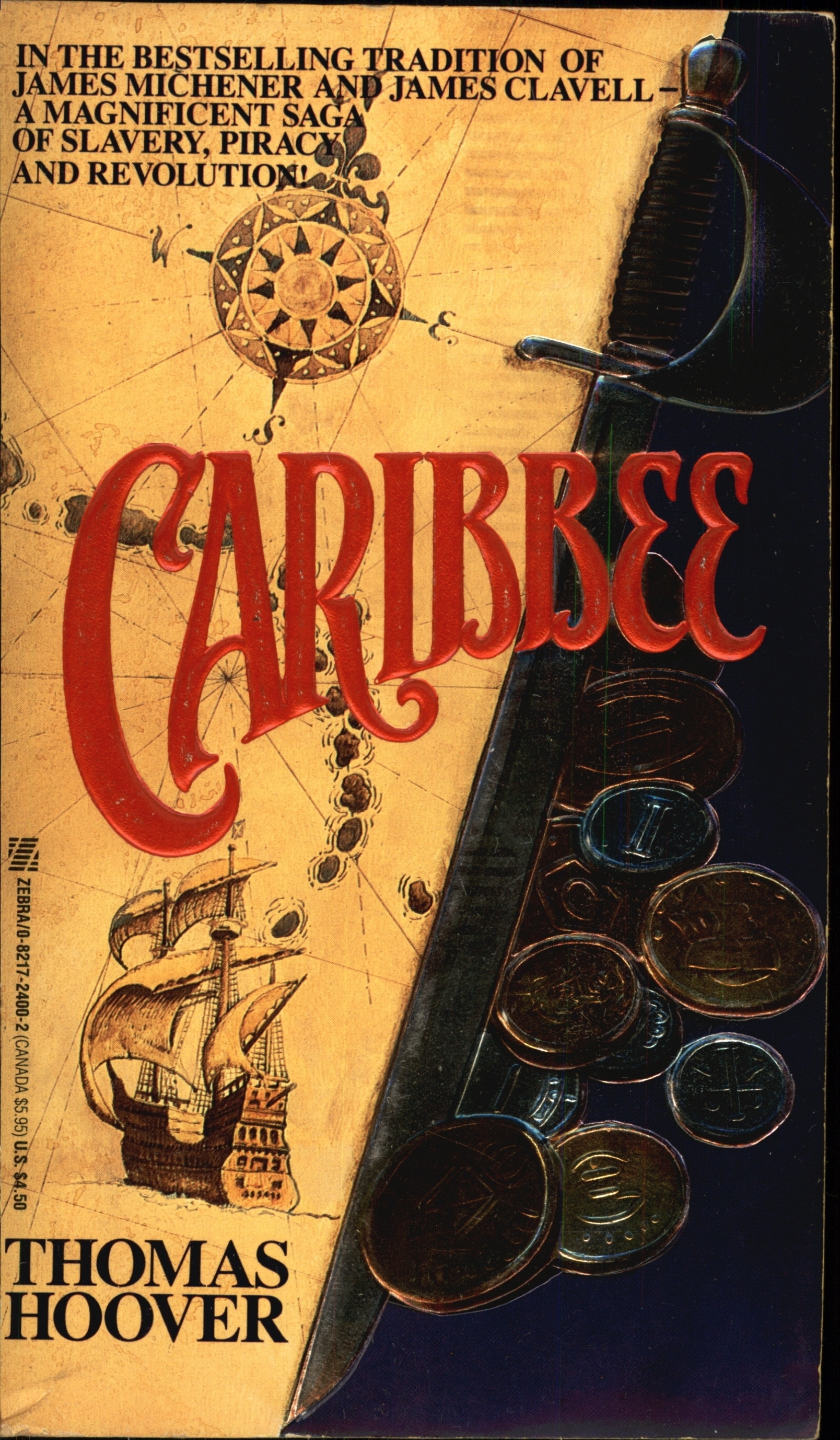 Barbados, 1648. The lush and deadly Caribbean paradise, domain of rebels and freeholders, of brigands, bawds and buccaneers.

CARIBBEE is the untold story of the first American revolution, as English colonists pen a Declaration of defiance ("liberty" or "death") against Parliament and fight a full-scale war for freedom against an English fleet -- with cannon, militia, many lives lost -- over a century before 1776.

An assured, literate saga, the novel is brimming with the rough and tumble characters who populated the early American colonies.

The powerful story line, based on actual events, also puts the reader in the midst of the first major English slave auction in the Americas, and the first slave revolt. We see how plantation slavery was introduced into the English colonies, setting a cruel model for North America a few decades later, and we experience what it was like to be a West African ripped from a rich culture and forced to slave in the fields of the New World. We also see the unleashed greed of the early Puritans, who burned unruly slaves alive, a far different truth from that presented in sanitized history books. Finally, we witness how slavery contributed to the failure of the first American revolution, as well as to the destruction of England's hope for a vast New World empire.

We also are present at the birth of the buccaneers, one-time cattle hunters who banded together to revenge a bloody Spanish attack on their home, and soon became the most feared marauders in the New World. The story is mythic in scope, with the main participants being classic American archetypes -- a retelling of the great American quest for freedom and honor. The major characters are based on real individuals, men and women who came West to the New World to seek fortune and personal dignity.